The Business Development Board of Martin County (BDBMC) is pleased to announce that Ocean Master Marine (www.oceanmasterboats.com) is relocating to Stuart, Florida. The company purchased an existing 15,000 square foot facility on SW Old Kansas Avenue near I-95 and SR 76. Ocean Master plans on expanding the existing footprint of the building to accommodate additional production lines. 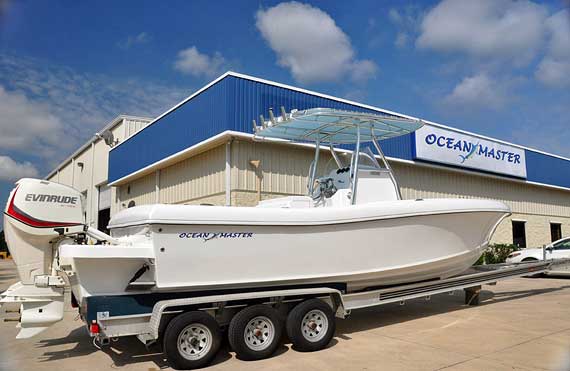 "The marine industry, specifically manufacturing, is a vital part of Martin County’s economy” said Tim Dougher, Executive Director, BDBMC.  “We look forward to a wonderful working relationship with the company and will make their transition to our area seamless” Dougher said.

Ocean Master has been the premier builder of off shore center console fishing boats since 1975.  The company offers a full line of outboard powered fishing boats from 18' to 33 1/2'. Ocean Master sells factory direct and encourages customers to stop by the factory.  They are unique in that customers can work one to one with the owners of Ocean Master in building their dream boat.“Martin County is the perfect location for our company,” said Charlie Modica, founder, Ocean Master Marine. “When our new facility is complete, the company plans to hire about 2 dozen employees to maintain production” Hauptner said.

Mark Hauptner is the founder of Ocean Master. He is one of the true pioneers of the classic Palm Beach sport fisherman.  He has designed, built, and raced boats for over 50 years. Mark holds 14 world records, 6 national championships and is included in the American Powerboat “Hall of Champions” and the “Gulf Hall of Fame”

The company was born when Mark was busy running his Mercury engine dealership. A longtime customer voiced his frustration at being unable to find a large center console that would meet his expectations. In particular, this customer wanted a large, outboard powered center console that would be capable of making the 2,200 mile roundtrip through the Caribbean Island chain.  After much thought and discussion, Mark decided the only option was to design and build the boat himself. That first boat, aptly named "The Only One," became the now legendary Ocean Master 31’. The Ocean Master 31' was the first large outboard sport fisherman built to fish well offshore and competes with the best inboard sport fisherman available.

Joining the Ocean Master team is new partner Charlie Modica.  Charlie has spent his life on the water and in the marine related industry.  An avid sailor, Charlie was part of the Martin County Sailing Team, the sailing team at Connecticut College, as well as the training partner on the 2008 US Olympic Sailing Team.  These experiences have afforded Charlie the opportunity to hone practical skills in aerodynamics and hydrodynamics, as well as an inherent understanding of the ocean.  His experiences will help take Ocean Master to the next level and with the new facility will provide the ability to expand present lines, as well as introduce new lines. 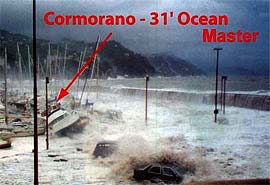